Karate started in Japan – at least that is the perception most people have. The origins of Karate probably date back more than a thousand years. Some say as far back as the Ancient Greeks. 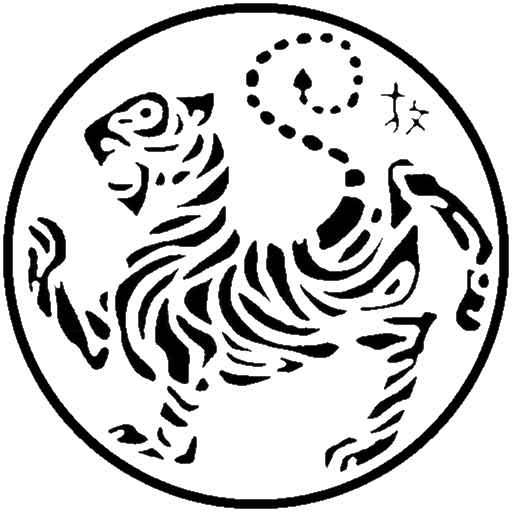 What is known is that Dharma, a monk from India, was staying at a Shao Lin monastery in China where he taught his students a physical training discipline in order to build strength, endurance and self-defence. This was required to carry out the rigid discipline that was part of their religion and also to protect them from the bandits that lived in their locality.

Over the years, this physical training was adapted and became known as Shao Lin fighting. This martial art was ‘imported’ into Okinawa and was blended with the local fighting techniques of the islands.

During the Satsuma reign of Okinawa, the Japanese Samurai banned the use of weapons by the local inhabitants and the art of unarmed fighting techniques was developed in secret.

As these fighting methods were passed on in secret from generation to generation, each new master added or refined certain techniques to achieve the ultimate unarmed self-defence method. The Okinawan symbol kara (Chinese) was used to identify it and it eventually became known as kara-te – meaning Chinese Hand. 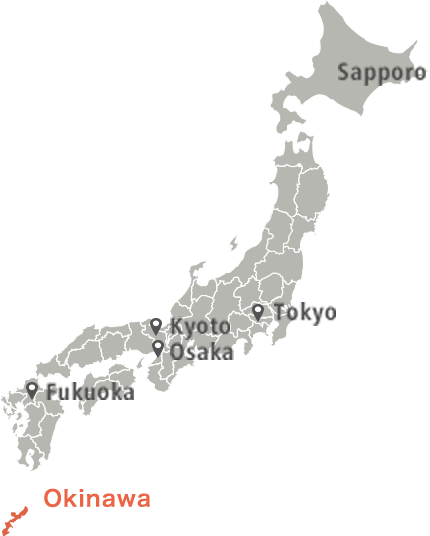 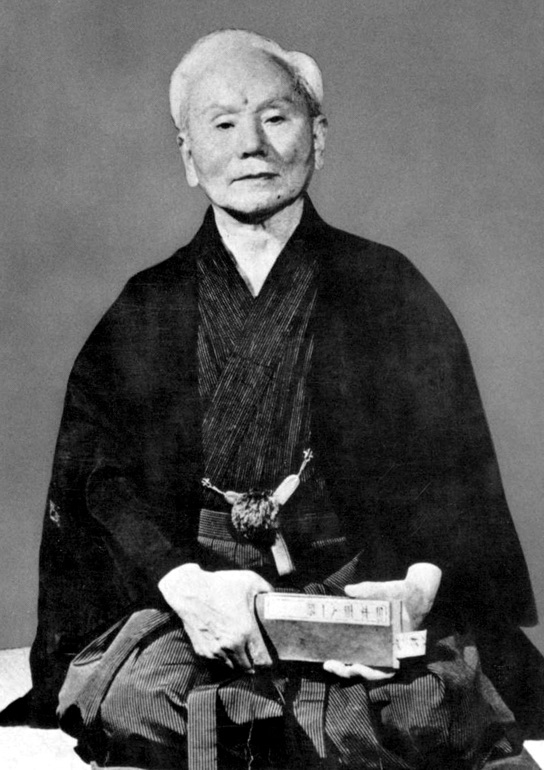 Renowned as the “Father of modern day Karate” Funakoshi Gichin (1886- 1957) was taught Chinese-hand by Masters Anko Itosu (1831-1915) and Anko Azato (1827-1906). In 1922, Funakoshi was invited to Japan to give a demonstration of the art of Karate-do by the Japanese Minister of Education. The demonstration was such a success that Funakoshi was asked to stay in Tokyo to teach the art to the Japanese public.

Funakoshi changed the Kanji of many kata (formal exercises) to reflect their Japanese names and the name of the art itself from Chinese Hand to Empty Hand by adopting the Japanese Kanji for Kara, which means empty. The style Funakoshi taught became known in Japan as simply Karate.

Funakoshi Sensei so impressed Jigoro Kano, the founder of Judo, that he was asked to teach Karate in the Kodokan, the mecca of Judo, where he was introduced to the highly organised system of white Do-Gi and coloured belts.

In 1924 Funakoshi Sensei adopted the use of the white Do-Gi (Karate-Gi) as well as the Kyu and Dan rank system from Judo. The first University Karate club was established in Keio University later that year and by 1932 Karate was present in nearly every University in Japan.

In 1936 the first purpose built dojo (training hall) was constructed in Tokyo by practitioners of the art and dedicated to Funakoshi Gichin. The Dojo was referred to as Shoto’s School or the Shotokan – “Shoto” being Funakoshi’s pen-name and “Kan” meaning School. In 1949 the Japan Karate Association was established with Funakoshi appointed as honorary chief instructor. 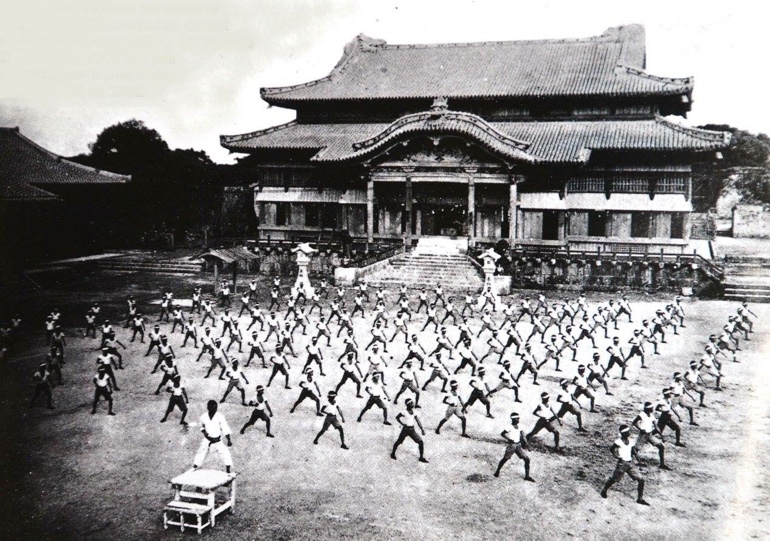 As Karate flourished some of Funakoshi Sensei’s students created their own schools of karate that they differentiated by giving them names. The style of Karate Funakoshi Sensei brought to Japan and taught by the Japan Karate Association became known as Shotokan after his Tokyo dojo.

Masatoshi Nakayama, (1913-1987) began training in Karate under the great Funakoshi Gichin in 1931.  After graduating from Takushoku University in 1937, he went to Peking to study Chinese, whilst there he also studied various styles of Chinese fighting.  He became chief instructor of the JKA in 1955 and was instrumental in spreading the teaching of Karate across the globe. 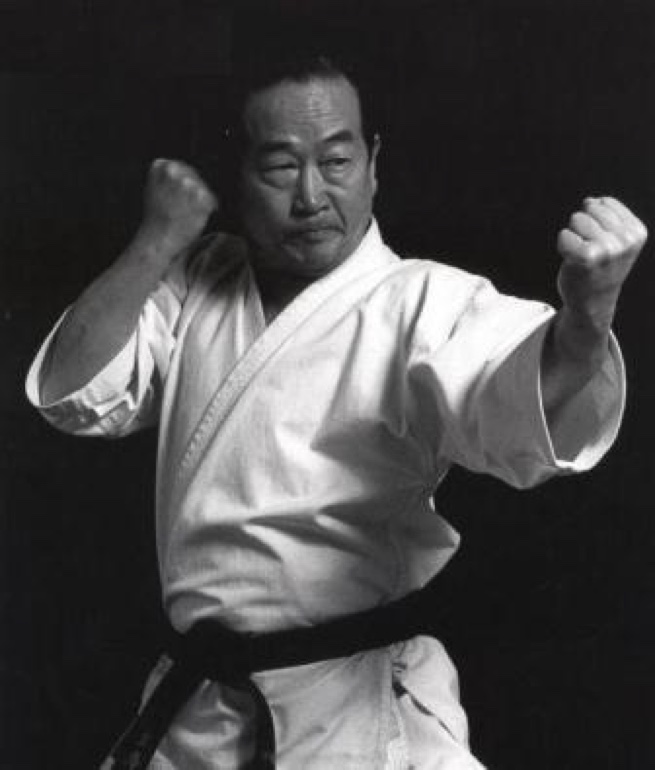 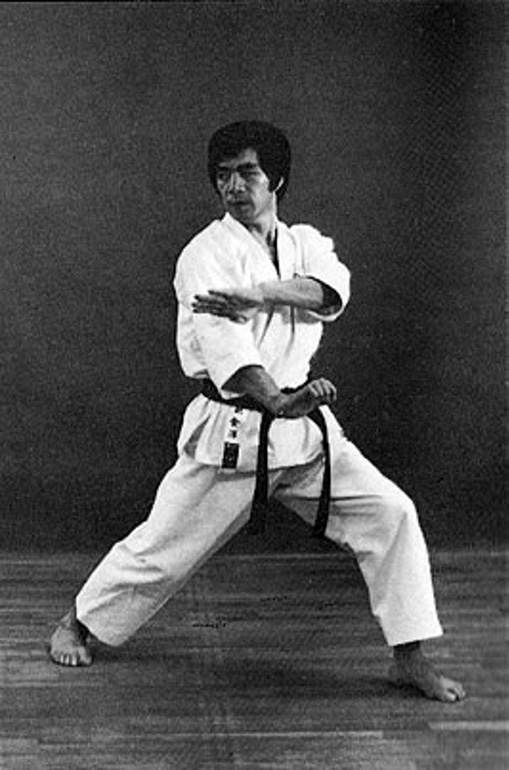 One of the most famous instructors of the Japan Karate Association is Kanazawa Hirokazu (1931-2019) a 3 times JKA champion who trained under both Funakoshi Sensei and Nakayama Sensei. In 1965 Kanazawa Sensei was invited to England to do Karate exhibitions and after a short tour across Europe settled in London.

In 1977, Kanazawa Sensei founded Shotokan Karate International (SKI) with the headquarters based in Japan and has now reached the pinnacle of Karate, by being only one of a few, to achieve 10th Dan.

Today Shotokan remains the most widely taught Karate style and in the UK alone is taught to over 50,000 students, nearly half of all practitioners of martial arts in the UK.

Shotokan Karate remains focussed on the development of the practitioner, promoting physical & mental health and longevity by focussing on improving mind, body and spirit. Training focuses equally on the practice of Kata, Kihon and Kumite (formal exercises, basic techniques and sparring drills), which together develop mind, body and spirit in equal part.

The confidence, self-discipline and mental agility that result from this focus has made Shotokan Karate the leading choice for academia. Prestigious universities across the world like Harvard & Princeton in the United State, and Oxford & Cambridge in the UK, having their own Shotokan Karate clubs.

The Shotokan Karate Ryu (SKR) has remained true to the Shotokan heritage and teaches the traditional syllabus of Kihon, Kata and Kumite taught by Kanazawa Sensei. 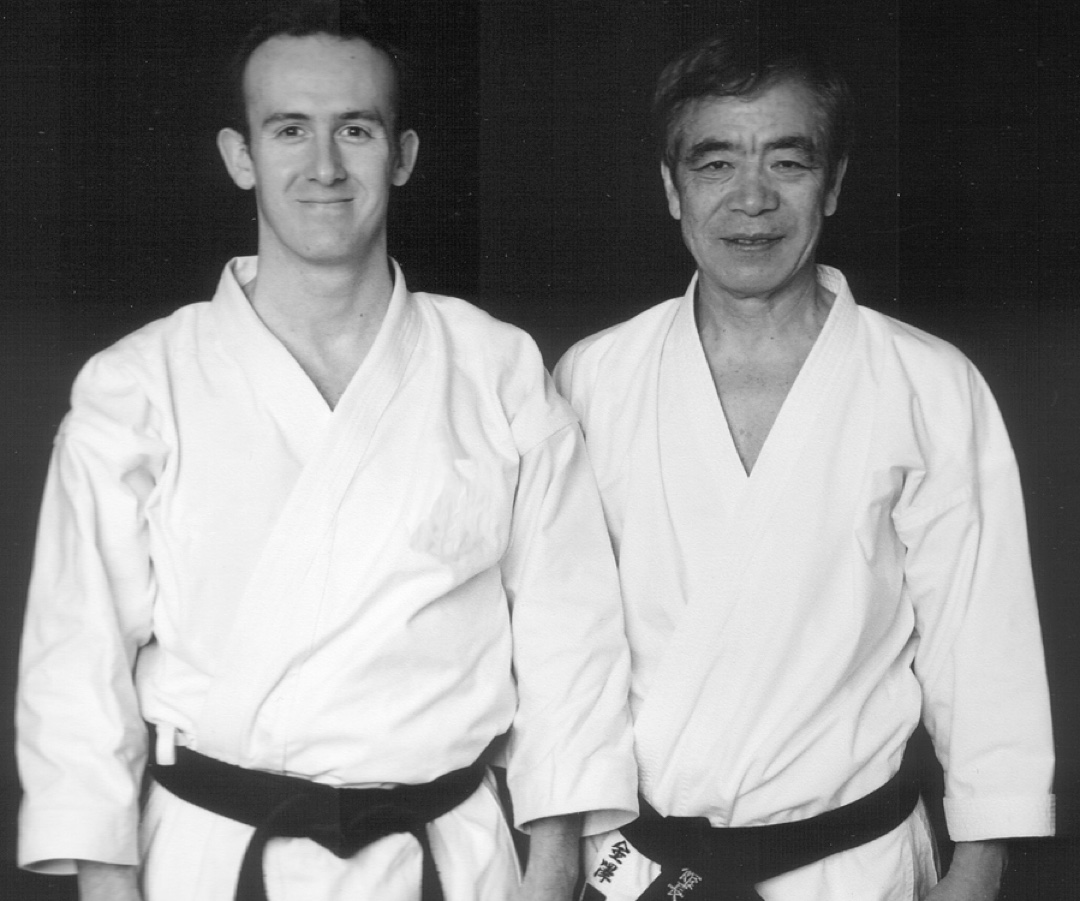 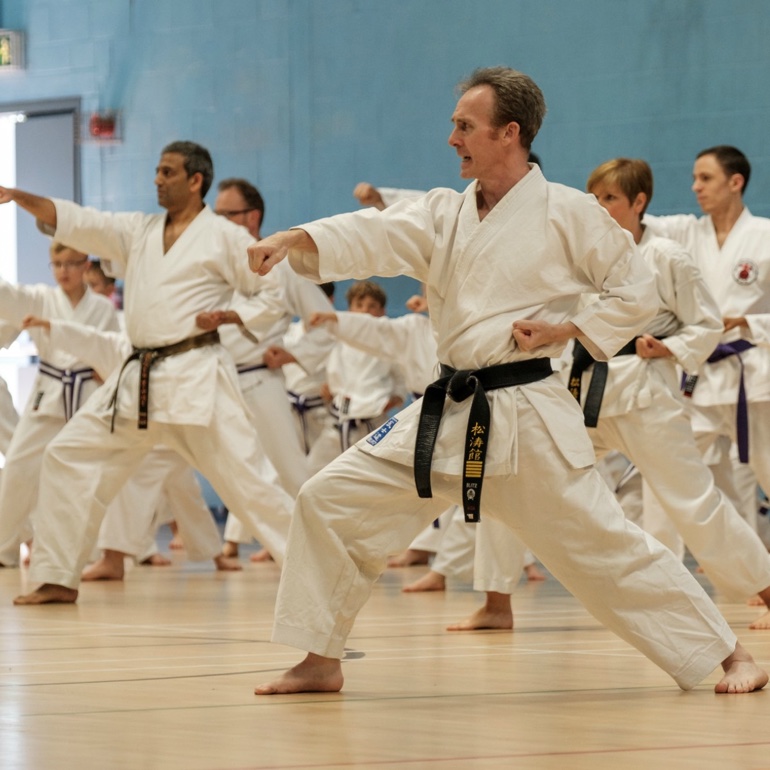 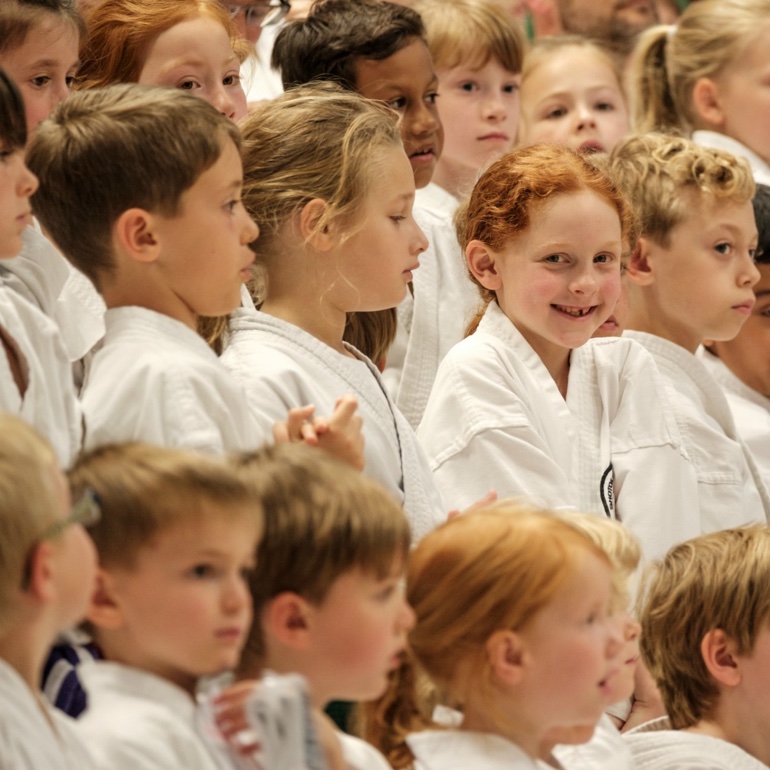 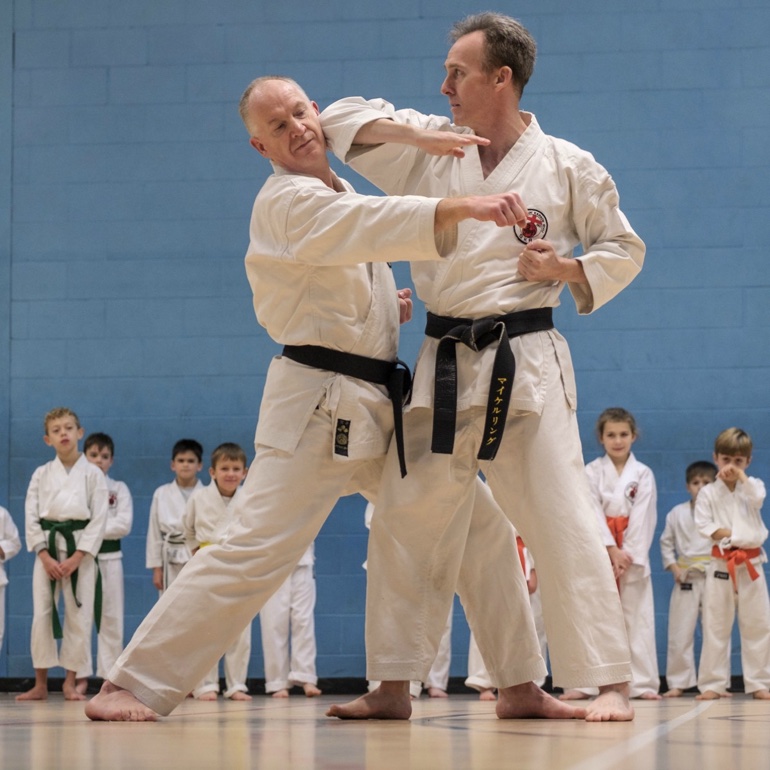