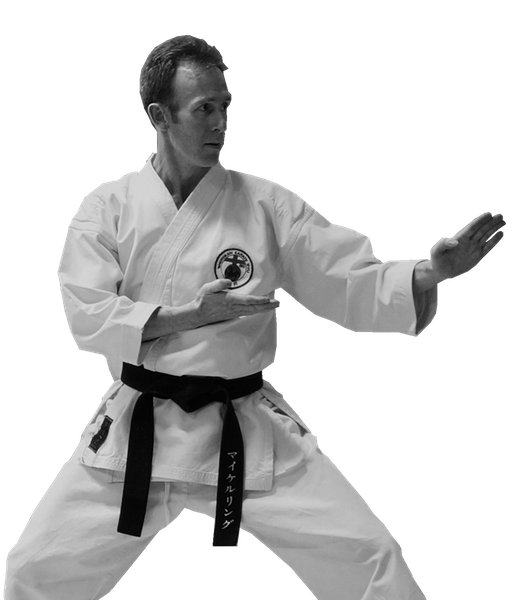 Sensei Michael Ring was born in the historic town of Llantrisant, the ancient home of the Black Prince of Wales, and was first introduced to the martial arts at the age of 6 when he took up Judo.

After seeing the “Karate Kid” in 1984 he joined his first Karate club, a member of the Karate Union of Great Britain (KUGB), and took inspiration from KUGB legends Terry O’Neill and Frank Brennan. 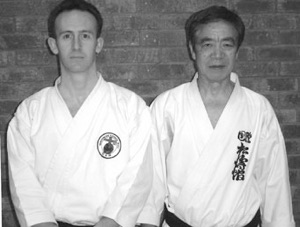 In 1989 Michael moved to London to work as a Central Government policy advisor at Her Majesty’s Treasury and in 1992 joined the Bishops Stortford dojo of the Stevenage based English Shotokan Karate Association under Chief Instructor Sensei Michael Nursey (8th Dan), a student of world famous Karate Master Hirokazu Kanazawa.

In 2003, when the Bishops Stortford Dojo moved, Sensei Michael accepted an invitation from the Sensei Dave Sharkey (8th Dan) to join the English Karate Organisation and the Shotokan Karate Ryu (SKR) was born.

Michael was able to introduce a new generation of student to the open courses of Kanazawa Sensei as well as his sons, Sensei’s Nobuaki,  Fumatoshi and Daiz until Kanazawa Sensei’s retirement from international travel in 2012 at age 80.

Since opening the first SKR club in Bishops Stortford in November 2003 (with only 5 students) Sensei Michael has watch SKR grow to become the largest Karate group in the Bishops Stortford area with and over 250 licensed students. 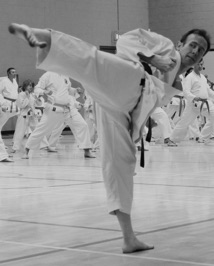 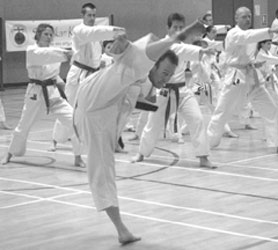 Despite his continued work commitments in central London as a Senior Government Policy Advisor Sensei continues to teach Karate with undaunted energy and enthusiasm. He commented: “Hard work and discipline are at the heart of good Karate and I have no doubt that my work and life achievements have only been possible because of the self-discipline and determination I have learnt from many years of hard Karate training.”

In 2016 the Senior Dan Grade examiners in the English Karate Organisation and European Karate Organisation Governing Body awarded Sensei Michael the rank of 6th Dan in recognition of his expertise in, and outstanding contribution to, the art of Karate-do.

Kanazawa Sensei remains a true inspiration to Sensei Michael and all the SKR students who were fortunate enough to train with him before his retirement from international travel in 2012.

Sensei Michael and the Shotokan Karate Ryu remain true to our Shotokan heritage and teach the traditional syllabus of kihon, kata and kumite taught by Kanazawa Sensei. 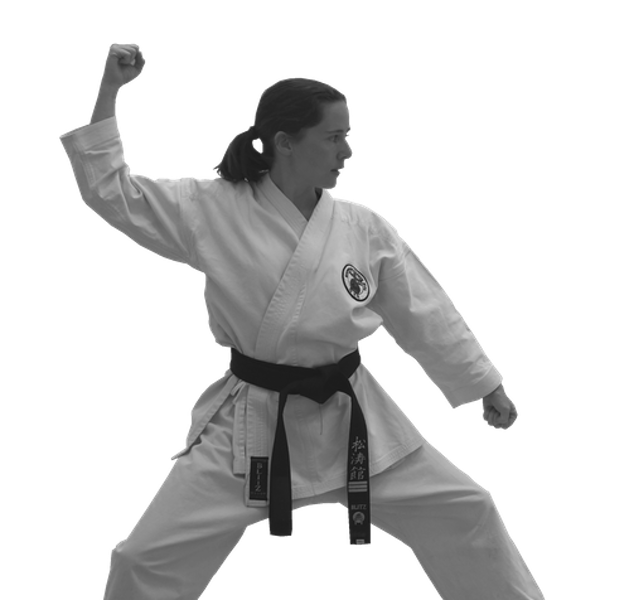 Sensei Donna Ring was born in Hatfield Heath and has lived in the Bishops Storford Area most of her life. Her first introduction to the martial arts was as a teenager at the Hatfield Heath Shotokan Karate club under Sensei Mick Powers (3rd Dan).

Club politics and the demands of studying for her “A” levels meant that she could not continue her Karate training until she reached University where she trained for one year before the demands of her Chemistry degree conflicted with her training.

In 1996 Sensei Donna left University and was offered a job as a Forensic Scientist in the London Laboratory of the Forensic Science Service where she worked for 5 years becoming an “expert witness” in crime scene reconstruction as well as studying for a Masters degree.

She first met her future husband, Sensei Michael, when she visited the small club he ran in central London and resumed her Karate training with vigor. She soon gained notoriety, as well as the association record, for training at 63 lessons in the 3-month period between gradings. 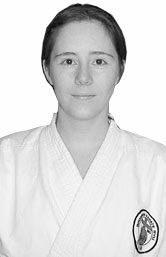 Sensei Donna achieved her 1st Dan in 2001 while doing her final exams for her Masters, for which she passed with distinction. Donna became an assistant instructor at the Stansted Dojo in 2002 and in 2004 passed an EKO instructor assessment held by Sensei Dave Sharkey (8th Dan).

In 2007, again having to postpone her Grading to have twins, Sensei Donna achieved her 2nd Dan in an arduous grading under Sensei Sharkey. Donna was called upon to demonstrated many of the requirements for 3rd Dan alongside a fellow student who achieved 3rd Dan at the same grading.

Despite having two enforced breaks to give birth to her first son and then 3-years later to twins, Donna has continued her Karate training and her teaching (until she was 7 months pregnant). She returned to training on both occasions within 6 weeks of giving birth.

Donna commented: “I trained at two other clubs and what surprised me most about Michael’s London club was that his sole purpose for teaching is the enjoyment it gives him and his students. The London club ran two lunchtimes a week and despite his heavy workload Michael rarely cancelled lessons, and if he did, he always put on extra lessons to make up the difference. One thing Michael has never compromised on are his standards, he says that because he doesn’t teach karate for the money he doesn’t have to, and the training sessions are certainly harder than in my previous clubs.”