On Wednesday 7th October 2015 five students from the Shotokan Karate Ryu (SKR) gathered at the St John’s Dojo in Stansted Mountfitchet to attempt their 1st Dan (Black Belt). Amongst their number was a student from the London based SKR club who had travelled for 2 hours across London to attend the grading. 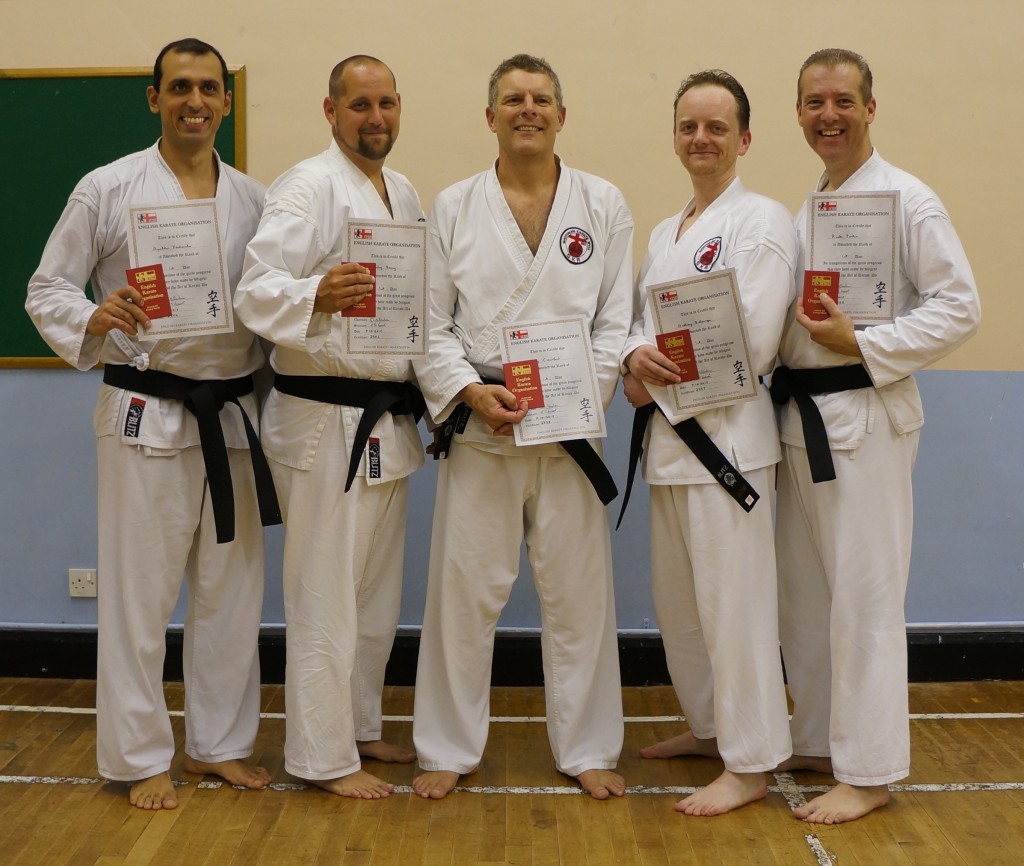 Finally, the Dan candidates as to perform Jiyu Kumite (Free fighting) at full speed and power against 5 separate opponents demonstrating their fighting skills and Karate spirit. After a blistering round of matches Sensie Sharkey called “Yamae” and the exhausted candidates were sent out while the examiners made their deliberations.

Sensei Sharkey remarked: “The Standard of the Karate from the entire group was extremely strong. The Kihon, Kata and especially the Kumite were top class. Bishops Storftord and Stansted should feel proud of their Karate-ka, they always impress with their dedication the art of Shotokan Karate.”